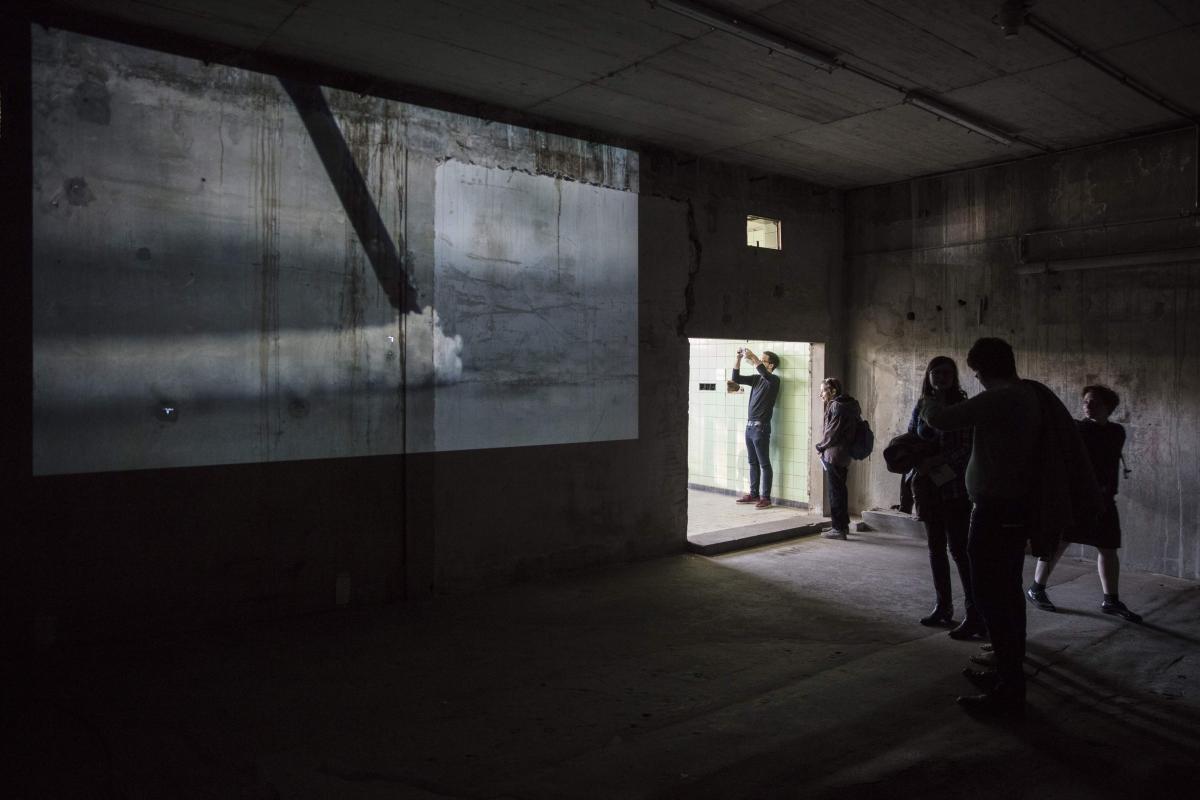 The exhibition "Fri-Art in Bluefactory" aimed to show the public the industrial wasteland of the former beer factory in Fribourg through artistic performances. The duo created their performance in a room and surrounded themselves with solidifying foam. The creation of the carcasses in which they wrapped themselves was filmed and this video was projected on the walls of the factory during their performance. An accompanying old factory sound supported both this world of old metal and its renewal.